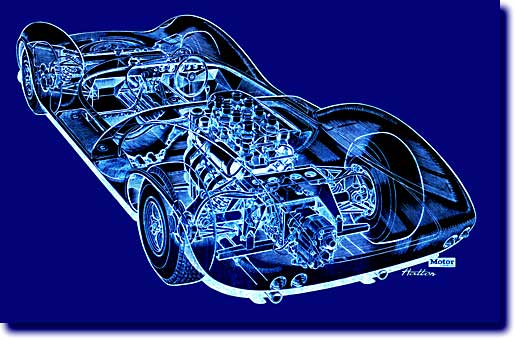 Len Terry, a fine practical, engineer, joined Lotus after building his own Terrier sports racing and Formula Jr. cars in Britain. As Chapman’s design engineer he put Colin’s concepts down on paper and made them work, and work reliably. He played the major part in the design of the gorgeous Lotus-Ford 38 which in 1965, carried Jimmy Clark to a Lotus victory at Indy. After the Lotus 40 Len then moved to Dan Gurney and designed the Eagle Formula One cars. He later designed the 1968 BRM Formula One car. More recently he has operated as a freelance consultant, racing car designer and engineer.